Real Places in A Cowboy’s Destiny

Jun 21, 2022 by E. Joe Brown
I’ve already covered that the 101 Ranch was a real place, so I won’t say much here about that. But because I want to be true to the timeframe of the story I use real places as well as real people to create interest and add some fun to the storyline. In this blog entry, I’ll share something about several places mentioned in A Cowboy’s Destiny.

The story starts off outside of a small town in southwestern Oklahoma called Loco. Below is a picture of the remains of an old gas station/store. The station probably wasn’t there when Charlie was, but it gives you the idea of a very small town. It originated in the late 1880s in what became southeastern Stephens County. You can google Loco and any of these locations and find out more about them. 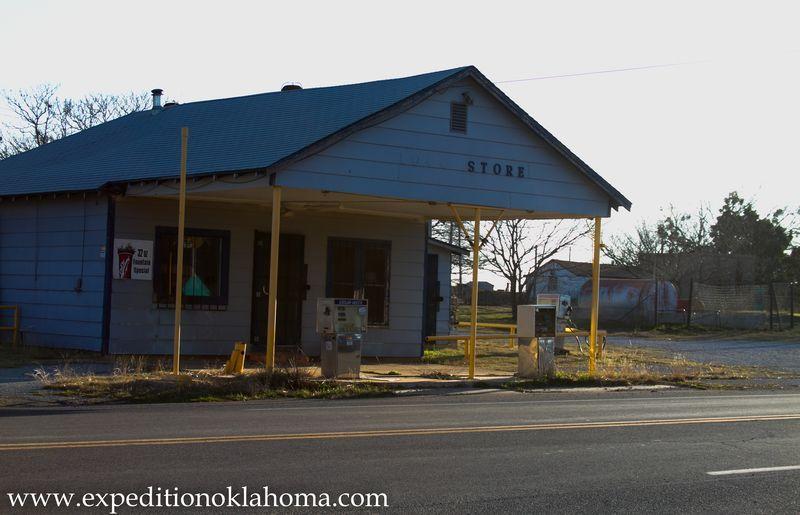 Next, the story moves to Fort Sumner, New Mexico where the Kelly family lived on a ranch and this is where Charlie graduated from high school. The picture below is current and shows the fact that the town is known for the grave of the infamous Billy the Kid. There’s a lot of interesting history around Fort Sumner, but I included the town because my Granddaddy Clarence Kelly and his family lived here when he was a teenager. 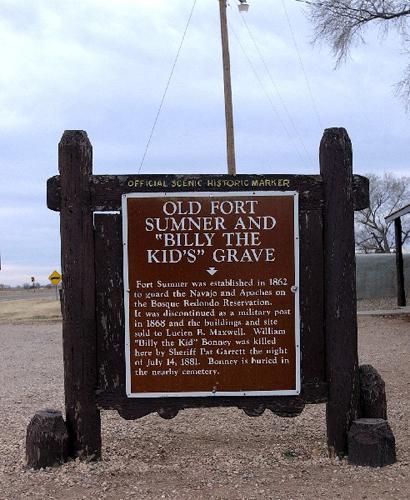 Charlie stops off in Loco again at the Cullum Ranch on his way to northern Oklahoma and the 101 Ranch. But the next new place he spends some time is in Elmore City in Garvin County. It was a hub of agriculture at the time and has managed to stay viable all these years. Its located-on Rock Creek and today two main highways cross in Elmore City. A fun fact is the 1984 movie Footloose is based on events that happened in the town. 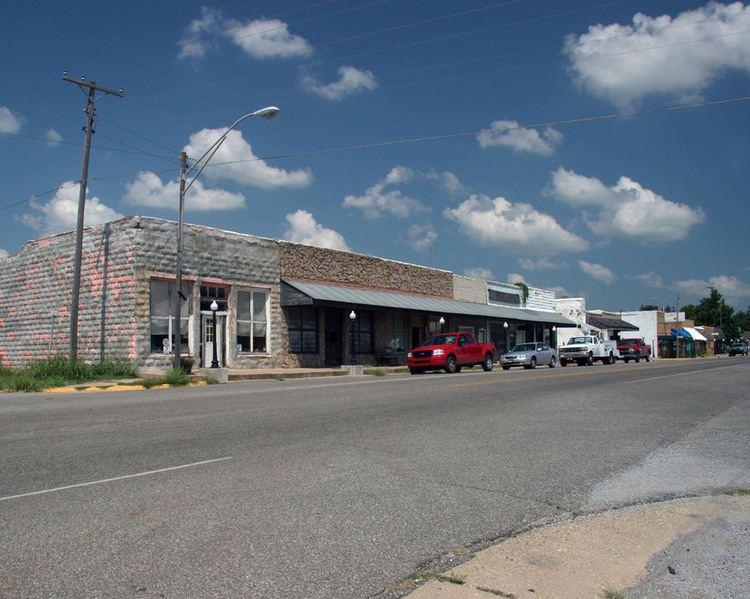 Charlie’s next stop is Shawnee, Oklahoma. It was already a thriving town with the Rock Island railroad and the Missouri-Kansas-Texas railroads servicing the area. The picture below is the Norwood Hotel is mentioned as the place Charlie stays and where he meets rancher Clay Stephens. 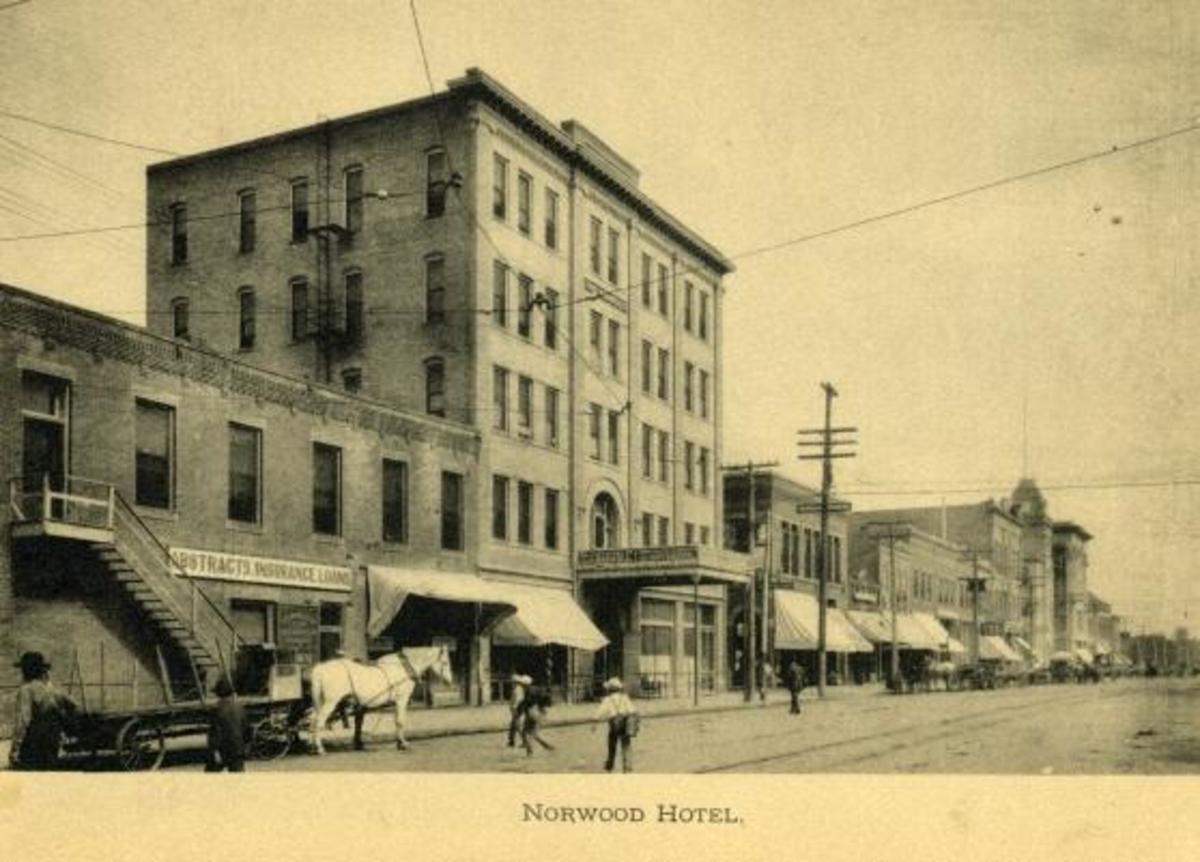 Charlie continues north and the weather catches up to him and he stops at the Meehan ranch outside Perkins, Oklahoma. Perkins was settled as a result of the land run in 1889. The township was incorporated in 1891. The picture is of historic old Perkins. 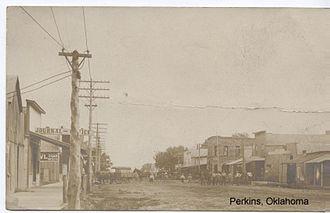 Charlie finally makes it to the 101 outside of Ponca City, Oklahoma. The town was a growing place of about seven thousand at the time. The picture is a mural and depicts the Millers, Marland, a cowboy (maybe Will Rogers), and the Arcade Hotel in Ponca City. 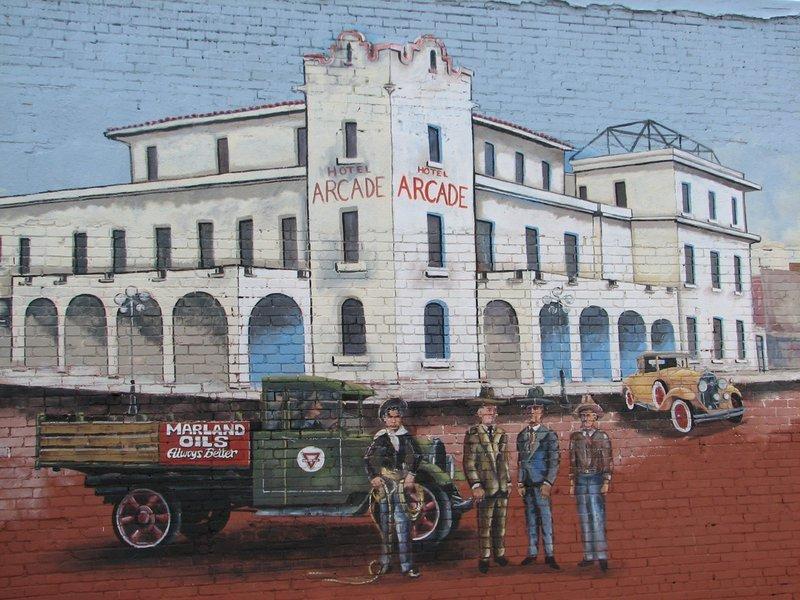